Don Quixote, an aging idealistic nobleman, has read so many heroic stories about brave knights that he imagines himself a strong and able knight. Desiring to find Dulcinea (his ideal lady) and through his gallentry rescue her from the perils of the world, he sets out with his faithful servant, Sancho Panza,on quest.

Thus begins the story of a want-to-be-knight with no dragons to slay, no princess to rescue, only everyday situations to resolve. On his quest he meets the young spirited Kitri and her father Lorenzo who want very different things for her life. She wants to marry her lover, Basil, but her father wants to live a life of luxury by marrying her to the rich fop Gamache.

The ballet Don Quixote is full of lively dancing and hearty emotion, a comic story gone right. Don Quixote’s appearance on the scene and his dealistic romanticism provide the perfect backdrop for a humorous resolution to the formerly irreconcilable difference of opinion between a father and daughter. Universal Ballet’s full-scale production makes the most of this heartwarming story, demonstrating the company’s versatility in portraying the Spanish, gypsy and fairytale worlds and the final bravura wedding scene. Universal Ballet’s Don Quixote has been the delight of audiences not only in Korea, but also in England and Hungary, where it received very favorable receptions in Universal Ballet’s Europe Tour, 2000. 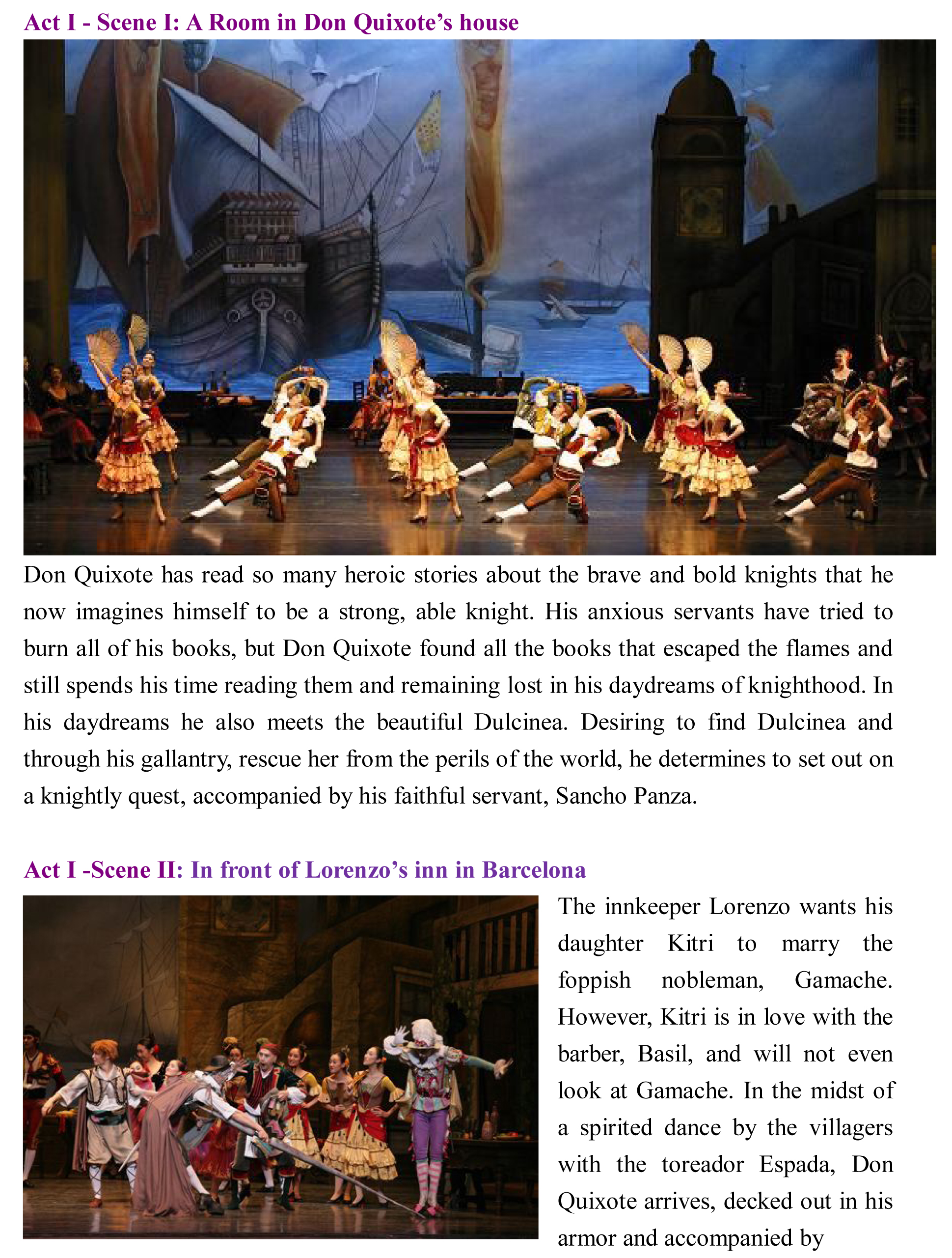 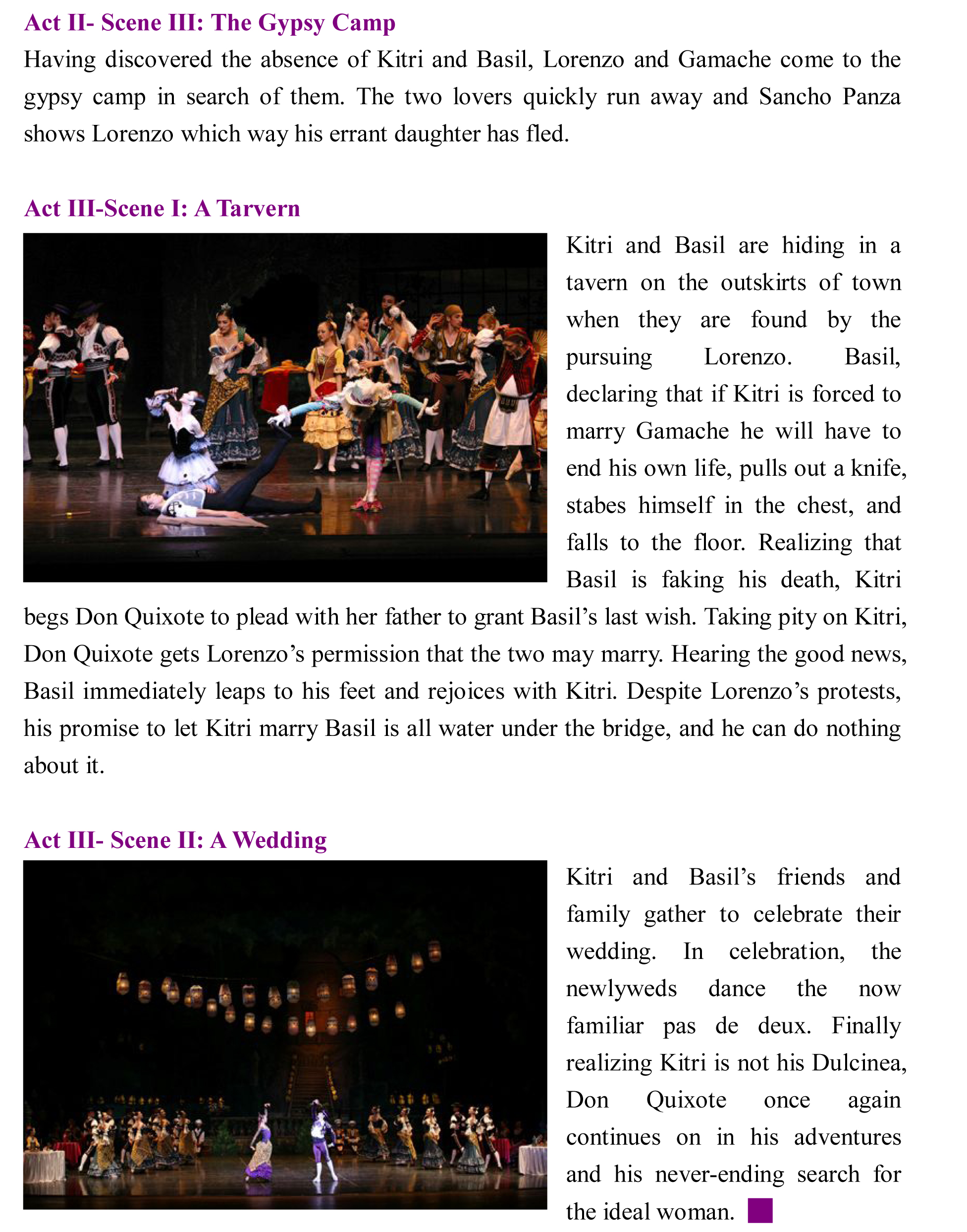 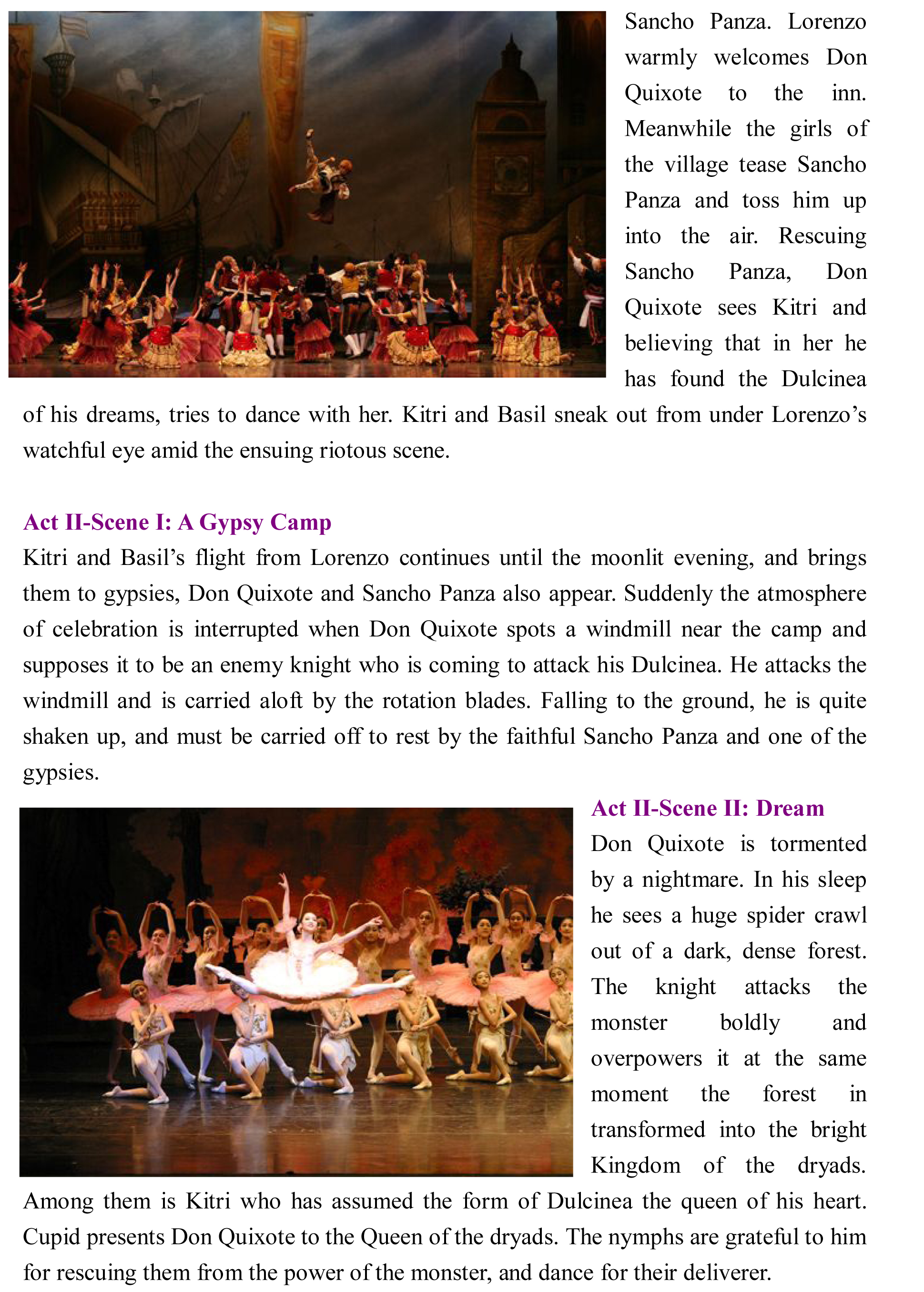